I was pretty skeptical of myself when I set out to write this section. Initially, I just planned on including some guidance that basically said "go read the section of Night's Black Agents about conspiracies and make something up for your city. But with all of the other generators I've been writing, it just seemed to go against the ethos I've been following of "make tools that people can use or ignore as they like".

Initially, I was at a bit of a loss on how conspiracies fit into my conception of Fellhold: it's a pretty anarchic place with no real government and where fairly awful people and things openly do their business - so why would a group with a crackpot idea be a conspiracy and not just a faction? But then I realized there's always somebody who would find secrecy useful, and that spurred me on to think of a number of different reasons the conspiracy might want to stay secret.

So I ended up with a few tables I'm pretty happy with. I think that many of the results are easily adaptable outside of Fellhold, and if nothing else the column headers provide a pretty good blue print for what you need to define for a conspiracy. And the name generator is gleefully abstract and obtuse, so I think it should work in just about any setting. Conspiracies
With all the demons, undead, ratmen, and factional conniving going on, Fellhold has several conspiracies. A conspiracy is any group of people (and/or monsters) pursuing its goals in secret. Where the power structure, overall goals, and membership in factions is generally open knowledge, conspiracies are purposely hidden. They may be entirely undertaken by members of a faction, such as pursuing that faction’s secret goals or plotting a coup, or they may be unrelated to the normal factional power structure, such as a secret cult to the dead gods.

Players cannot choose to target conspiracies with the investigate urbancrawl action until they have some way of knowing that the conspiracy exists. Once they have encountered NPCs or clues that suggest the existence of some kind of conspiracy, they can begin to investigate it. Ask players the methods they are using and the kind of information they’re seeking, but investigating conspiracies will usually reveal either someone connected to a known conspirator (use the rules for contacts to create, with any tweaks to fit the conspiracy), the structure of the conspiracy (e.g. “Well, if this guy is an assassin, he has to have someone paying him, and there’d usually be a go-between as well”), or clues to its general purpose or aim.

Note also that conspiracies can hire PCs just as readily as any other NPC or organization, so the “short term plots” column of the table below can double as an additional job generator.

With all of the other levels of intrigue going on in Fellhold (districts, factions, et cetera), it is recommended that you begin with somewhere between zero and two conspiracies.

Generating a Conspiracy
While conspiracies provide an excellent opportunity for a truly customized piece of the city that receives loving and detailed attention from the referee, sometimes we do not have that luxury. As such, the below tables and guidance are provided for generating a conspiracy. Even more so than the NPC, location, and district tables, you are encouraged to use this section as a starting point and source of inspiration, rather than “the whole answer”. The results in the table are necessarily open-ended and flexible so that they can fit a wide variety of combinations and tie into other material you have generated elsewhere, such as factions, major NPCs, and districts. 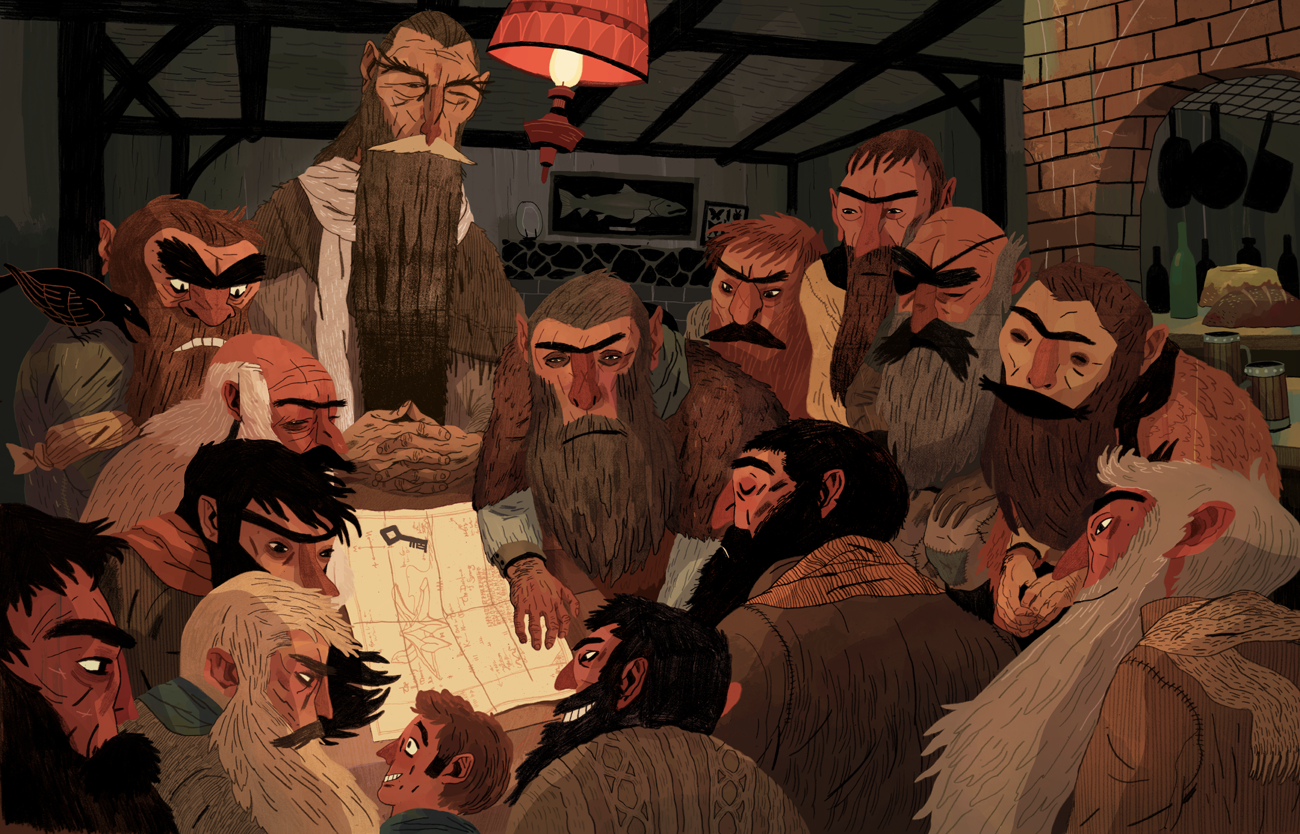 Conspiracy Traits
Use the following table to generate the basic traits for your conspiracy. Most of the columns may be rolled multiple times for additional complexity if desired. District  & Faction Relationships
As with NPCs and Factions, conspiracies should be placed somewhere on the map. While it is possible that they will have multiple bases, at a minimum their leader should have a specific place. The placement of these bases will both depend on and help to clarify the nature of the conspiracy. Somewhere between D3 and D6 bases are recommended, as these locations provide another possible avenue for discovery by players in addition to rumors and contacts. Treat them as places of interest for the districts that contain them, and they may be discovered in the same way as other places of interest.

Depending on the results of the above table, various Faction relationships will be important to identify as well. Some conspiracies operate entirely within the bounds of one faction, acting against its “legitimate” interests, while others are faction agnostic and will take members from any faction. Additionally, many results in the above table point towards factions, and these will need to be determined. As with districts, these may be obvious from other traits, or they may help to clarify the nature of the conspiracy if randomly generated.

Conspiracy Structure
Every conspiracy has a structure of control and secrecy. It may be organized into cells where only one member knows and is known by the next level up, or it may be a very traditional hierarchical pyramid. Where relationship maps are recommended for NPCs in general, for a conspiracy they are essential. You do not have to generate the NPCs for the entire conspiracy immediately, but you should at least know how many leaders there are, what the lines of reporting to them are, and who supplies money or weapons to the front line agents of the conspiracy. In play, players might be able to figure out the structure before they identify individuals, which will help direct them in where to investigate more closely.

For further help with the structure side of things, I encourage you to check out Kenneth Hite’s excellent treatment of conspiracies in Night’s Black Agents and especially the “conspyramid” therein. Also helpful are the series of posts on Node Based Adventure Design on the Alexandrian blog, as well as real world information on social network analysis. 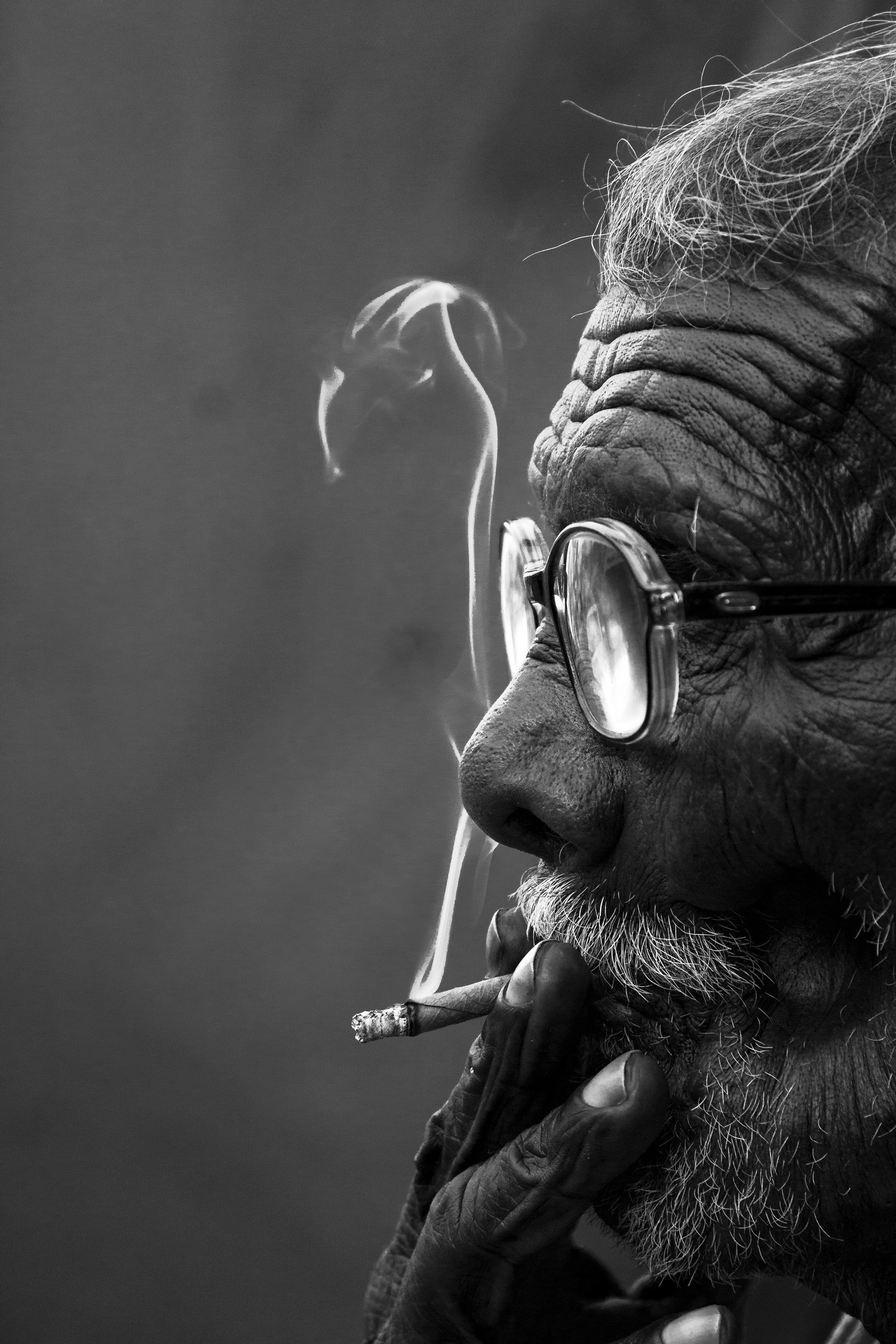 Conspiracy Rumor Tables
Rumor tables provide the chance for player characters to be randomly exposed to the potential existence of conspiracies. They should be contradictory and have more misinformation than most rumor tables, but should have enough nuggets of truth that players can begin to investigate. Unlike rumors about a dungeon, where the information is primarily a resource to help in making more informed decisions, for a conspiracy, investigating the truth or falsity of the rumors is the adventure, so it’s okay to have wackier rumors, so long as they do not point the players towards totally useless avenues of investigation.

Since conspiracy rumors are less likely to come up than others and their primary purpose is to get players onto the scent, shorter tables than other types of rumors are probably sufficient. The sample conspiracies provided have d8 rumors each, for example.

Below is provided a “fill in the blank” table of rumors that can be used with the table of characteristics above as a starting point. It will not produce especially interesting rumors on its own, but should do in a pinch and can serve as a starting point for crafting more specific rumors. It is meant to provide a mix of true and mistaken information, so where it notes “random”, roll again on the conspiracy traits table. If it does not say “random”, use the information you generated for the conspiracy. You may decide the truth or falsity of any rumors so generated.

Conspiracy Name
After you have generated the details and relationships for the conspiracy, you will need a suitably grandiose or radical name. If at a loss, the following should be generic enough to apply to almost any sort of conspiracy, but more specific and descriptive names may be more fun if you can think of them, such as “The Esoteric Order for the Restoration of Dwarven Greatness” or some such.

For the table below, start with “The”, and if desired, insert some sort of organizational term (“order of”, “band”, “guild”, and so forth) where it fits, and elaborate with any further words that describe the conspiracy (or don’t).