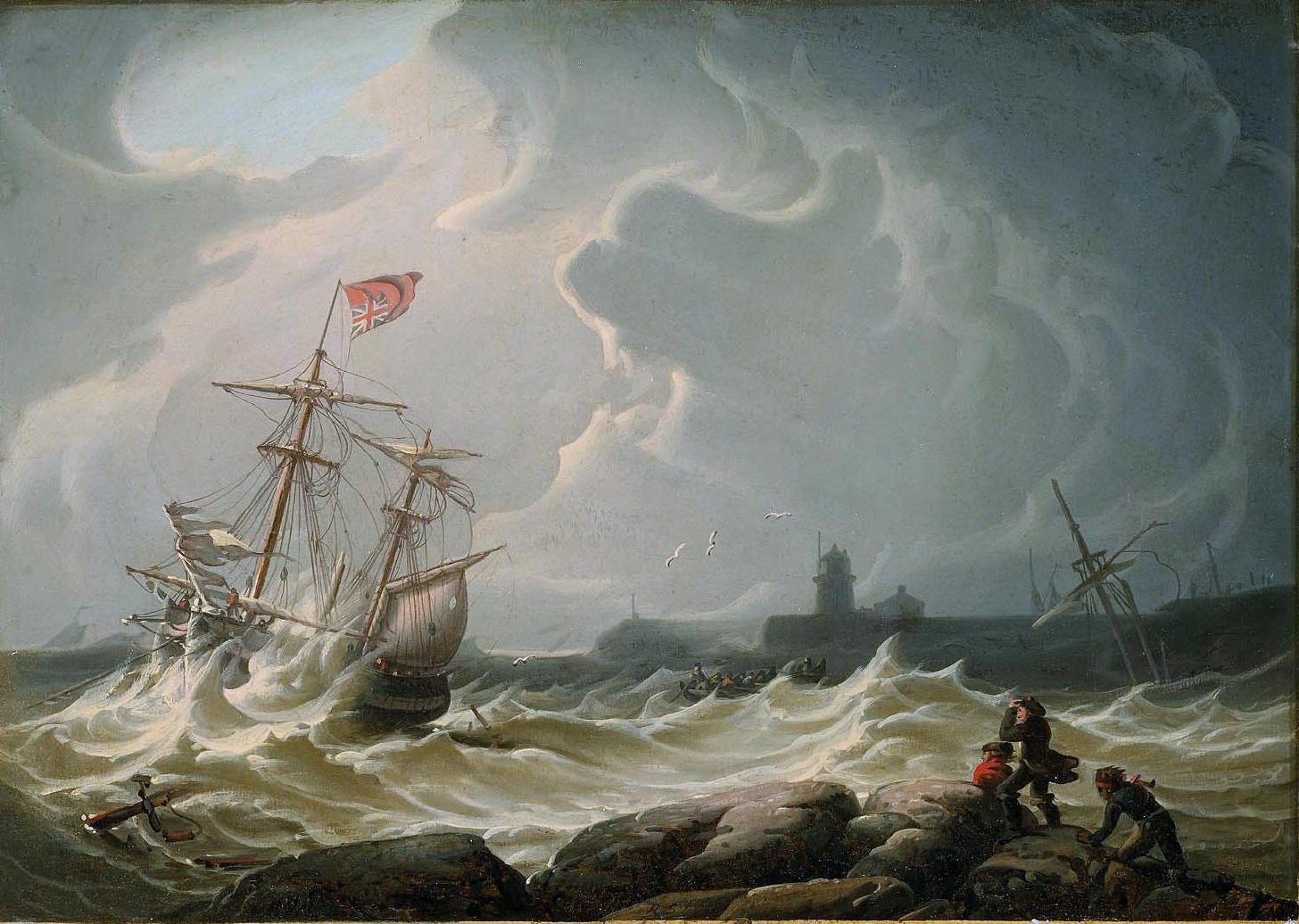 Voyages
“Voyage” is the generic term for any travel between the colonists’ home territory and the site of their colony: it might mean a literal sea voyage, a journey by caravan, or some complicated magical ritual. The only required distinguishing characteristics are that it take a reasonably long time, has limited cargo capacity, and is exposed to danger en route.

These travel times are roughly extrapolated from the following times I found doing some research. It turns out travel by sail is insanely complex! One of the big complexities I’ve totally ignored is the predictable differences in travel time depending on which direction you were going. For example, sailing *to* North America from England takes much longer because you’re going against the prevailing winds and currents, but the return trip is much faster. Like I said, I ignored this except for the fact that every voyage is of random length. I also ignored the quality of ships or sailors, but you could modify the voyage length rolls with these if you like.

Voyage Frequency
By default, voyages are dispatched from the home country once every six months. Certain events can alter this frequency, and it should be marked on the colony record sheet. The date that the founding voyage left the home country is considered the first voyage for determining frequency (so for long enough voyages, a resupply voyage may leave before ground is broken on the colony).

This table’s a bit weak sauce compared to the colony events table, but I decided that the focus of these rules is on the colony and its expeditions, not on the voyages to and from them. If you want to insert a more comprehensive table, by all means do. I figure there’s plenty of stuff out there for doing naval stuff with D&D, like Zak's wavecrawl rules.

Cargo Capacity
Voyages use the same cargo rules as expeditions (one unit = one cargo slot filled). It is assumed that any distance that would simply be walked can be handled by an expedition, and so voyages assume ships, riding animals, or other means of conveyance. Therefore, each passenger/crew member takes up 10 cargo slots.

See my last post for my assumptions that led to treating each unit as roughly 20 lbs, and I assumed that each person weighs roughly 150-170 lbs plus their equipment/supplies not counted as a cargo gets to around 200 lbs, which makes for an easy 10 slots per person. This might be assuming fairly skinny people, but blame malnourishment in the early modern period. I’m not sure if the cargo values from LotFP that I used as a starting point count weight from passengers or crew, but I’m hoping all these intersecting assumptions even out overall.

I arrived at values between 10,000 and 68,500 units for ships by taking LotFP cargo capacity values in tons and multiplying by 100 (which is itself a simplification of tons multiplied by 2,000 pounds per (American or “short”) ton divided by 20 pounds per unit). I then cherry picked a few of the ships that seemed most relevant to the implicit setting and useful as examples without wanting to over-complicate it with options.