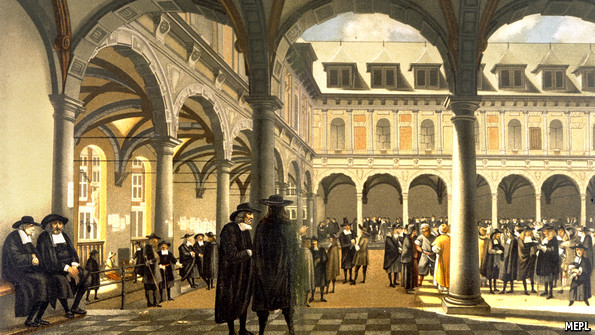 To avoid confusion with the companies sent out from colonies on expeditions, the organization which owns the colony and employs all of its inhabitants is referred to as a corporation. The default assumption is that it literally is a joint stock corporation formed by wealthy investors who elect a board of directors who hire officers to make them profits, but the rules will work just as well for representing a department of government, a thieves guild, or any other sort of organization that might dispatch adventurers to far off places in search of wealth.

Corporation Experience and Levels
Corporations gain experience like characters and increase in level when enough experience is earned. As a corporation increases in level, its available capital increases and its ability to acquire useful materials and recruit new employees improves. These improvements are represented by its Wealth Rating and its resource modifiers. When a company increases in level, it’s wealth rating goes up by one and it may increase any one of its resource modifiers by one.

Corporations gain experience at a rate of one experience point per unit of treasure received from its colonies.

Okay, so I’m really not sure on the experience levels. As a starting point I went with a fighter’s experience track, but scaled to treasure units instead of silver pieces. What worries me is that a fully loaded ship could get a corporation up to ninth level. I figure that’s okay because the big bottleneck will be the treasure collection, but that’s super hard to speculate on without actually running the thing.

Taxes
The treasure returning from the colonies is taxed before it can be converted into experience. Whether the treasure is paid to the crown or to smugglers in order to avoid official taxes, 20% of all treasure returned disappears into someone else’s coffers.

Honestly this might not be high enough if we’re going for anything approaching historical simulation, but considering it’s a flat percentage, the only reason not to just adjust the experience requirements per level other than flavor is in case people want to modify it separately or introduce other benefits to leveling up like favorable tax rates or whatever.

Wealth Rating and Resource Modifiers
When corporations wish to acquire resources to send to their colony, they must roll equal to or under their wealth rating, modified by applicable factors described in the acquisition section.

The idea I have for acquisitions is a mishmash of how Profit Factor and acquisitions work in Rogue Trader and more familiar D&D style roll under approaches. I tried to figure out a way to use the logic of the Target Twenty system and do nothing but add stuff together, but it resulted in some bizarre contortions. Instead, I was swayed by Arnold’s recent post on the merits of roll under systems. Briefly, when you want to purchase something, you’ll modify your wealth rating based on availability, amount, quality, and your resource modifier, then try to roll under on a D20. I just realized I’ll need to add in a timing element on purchases to avoid just re-rolling until you get what you want. Maybe you only get one roll per thing per voyage dispatched, that seems about right.

Fortunes
Once a quarter (every three months) roll on the table below to determine the corporation’s fortunes. This roll represents the vicissitudes of the stock market, the efforts of management, and other factors affecting the corporation’s performance outside of its core treasure extraction business.

Here I have gone with a sweet, sweet normal distribution for the general fortunes of the company, rather than a percentile or d10 approach, as seen in Rogue Trader and Al-Qadim Arabian Adventures. I went with 2d6 rather than 3, though, because I wanted a little more swinginess to be possible, even if the normal result is “nothing special”. The huge possible swings in wealth value are on purpose and meant to potentially dwarf the effects of leveling up (you’ll notice resource modifiers never change, though).

With that, I think I’ve wrapped up what I want to present for running the parent corporation, and I’ll be starting in on the purchasing/acquisition rules shortly.