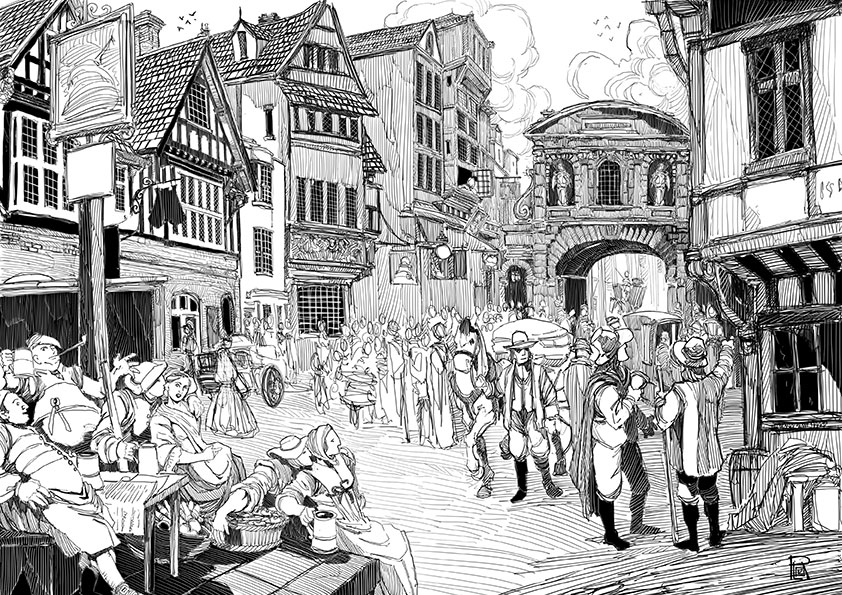 These are rules.
These are commentary for the blog.


So, a few responses to previous posts have made me realize that not everyone finding these posts realizes they are part of a series. That link will take you to all the posts in this project so far, and will continue to take you to any more that come up.

By way of a general introduction, I should point out that the structure of these rules owe a lot to Fantasy Flight’s Rogue Trader game. The rules for Profit Factor and Acquisitions were one of the few high points for me in a game that was otherwise too seemingly unnecessarily rules heavy for my tastes. That being said, they’re not a straight lift for a variety of reasons, but the basic structure of quantity, quality, and rarity, along with how those are stratified was very inspired by RT.


Method for Conducting Purchase Checks
Since there are multiple modifiers applied to each purchase check, it is recommended that you write down all desired purchases with their purchase target next to them, then go down the list and check off or cross out each entry, and only if the results are not as anticipated should further ad hoc purchase targets be determined. Other than one check per quality level per type of item checked, the only limit to the purchase checks you may make is the number of cargo slots available for the voyage being provisioned - once it is full, no more may be attempted.


Colony Resources
In addition to the standard modifiers from the chart above, corporations apply their resource-specific modifier to purchasing the relevant resource.


Quantity: Settlers are recruited at the numbers shown in the Quantity chart, food is scaled at an amount to feed that number of settlers for one month, and building materials is scaled as if it were food.


This calculation is potentially complicated enough to warrant its own table to break it out, or at least an example. But my thinking is that it takes 4 units of food to feed one settler for a month, so a “company” size food purchase is for 400 units of food. Likewise, a “company” size order of building materials is 400 units, because that is way easier than trying to determine the number of building units on average it takes to house that number of people.


I’m actually pretty pleased with this little mechanic here (in the abstract at least, of course I haven’t tried it yet). I was trying to figure out a way to get quality of resources to matter that wasn’t too bean-county (different quality columns for each resource tracked, no thanks). My one worry is that a “work around” is to send small amounts of terrible food/building materials/people, but I figure the handicap of sending small amounts of needed resources on infrequent voyages will be strong enough to make it okay.


Rarity: All are assumed to have a rarity of “available”. Special instances should be treated reasonably, however (such as sending over a shipload of marble for the governor’s new palace or catering to decadent tastes of colonists grown jaded on common meals).


I figured for the most part there wasn’t a lot of game value in “rare” settlers or food or whatever that wouldn’t be better suited by more normal roleplaying.


Mercenaries
Companies apply their “population” resource modifier to any purchase check rolls made to recruit mercenaries.


For truly exotic mercenaries, consider using the rules for converting from equipment lists below.


Quantity: Is exactly as listed in the chart.


Quality: Each step of better quality than “average” increases the mercenaries’ level by one and one of the following for each mercenary group recruited: AC, HP, To-hit. Each increase may go to a different characteristic. Each step down in quality also reduce one of the three traits above by one, but in this case does not reduce level.


Rarity: Rarity of different kinds of mercenaries will depend on the setting, but in general, standard infantry are available, and each additional specification makes them one step rarer. So, mounted missile mercenaries would be two steps more rare (rare)


Converting from Traditional Equipment Lists to Purchase Checks
The default assumption for all purchases is that any individuals recruited come prepared with the standard equipment necessary to their role (so, cavalry have horses and sabers and armor and so forth). If desired, equipment can be converted to the purchase check system from existing equipment lists in the following manner.


Quantity: The number of the item in question needed to equip the number of people in the quantity ranks above.
Quality: As a rough guide, compare the item’s price in the standard unit of currency of the equipment list in question to the following table. Here “quality” is being used as the main means of determining how trivial a large, well-capitalized business would find it to purchase the item. Let common sense prevail over strict adherence to these numbers

These numbers are HPRD (Highly Precise Rectal Data) with just about zero reference to actual equipment lists. I might go back and make sure I can’t do anything ridiculous like send 1,000 horses over without even thinking about it.


Converting Purchases to Cargo Slots
Food and building materials take up one cargo slot per unit.


If the weight of an object is known, each cargo slot is roughly equal to 20 pounds (~9.1 kg). Round any fractional cargo slots up.