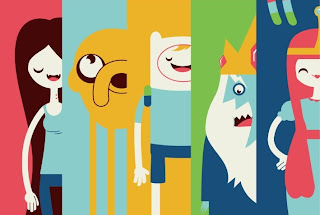 So, as I've been working on this Middenheim supplement thing, I've been skimming some of the "Enemy Within" adventures, especially "Power Behind the Throne".  Then I read "Small But Vicious Dog" and immediately wanted to play it, which got me thinking about the problem I've had with the Old World setting for RPGs: where do you get started, and what do you do?  Fortunately, SBVD has some great advice here, but it's gotten me thinking about the published WFRP adventures I've read and/or skimmed, and I wanted to talk about that some.

As I mentioned in one of the Middenheim posts, the major strength and major weakness of the WFRP stuff I've read  are linked: everything is absolutely dripping with awesomely vivid flavor, but that vivid flavor is described in far too much detail with far too many words.  The adventures take this to 11, and make it even worse by using all of that detail and all of those words to convey a pre-planned plot, complete with suspense, drama, and big reveals.

"The Oldenhaller Contract" from the WFRP 1E rulebook is a perfect example (of the good and the bad).  It's set in in the sewers of a big city - cool, this isn't your default D&D.  It's a criminal activity - neat, this game is shady and gritty.  The sewers are nasty and can give you diseases - nothing like some beshitten grotty adventuring.  There are rival gangs who can be either enemies or allies, a nefarious Nurgle cult, and a magical item (the macguffin) that is dangerous and vile.  All great stuff!  But it is super scripted.  The adventure flat out tells the referee to make sure certain outcomes happen, and to stymie the players in any attempts to jump the rails, rendering their choices vain.

So where am I going with all this? Well, I've been enormously influenced by the idea James Maliszewski articulated in talking about "Location Based Adventures", and I think that's an excellent approach to designing great adventures that has served my own campaign well.  But I propose that "location-based" is a facet of a larger whole: "Situation Based Adventures".  Since I am building off of something written almost 6 (!) years ago, it would not surprise me to find out someone else has already written this and I'm imagining that it's original.  Hopefully not, but let me know.

I think that the strength of location-based adventure design does not lie in the "location" part necessarily.  Rather, a fixed location with known limits (like, say, a dungeon) has the benefits of clearly delineating when the players have engaged it, but without forcing them (they choose to go there or not, how to approach it, when to go, what to bring, et cetera). The physical logic of the place also helps to guide the internal logic of the inhabitants, suggest dangers and opportunities, and provide fodder for unexpected player decision making and problem solving.

Another important aspect of location-based adventures is that they have a conceptual reality*, an internal logic that is separate from the player characters.  In a plot-based adventure, in some sense, the adventure doesn't "exist" unless and until the player characters become the described protagonists.  The only dependencies present are based on geography, not on presumed player choice.  A location based adventure might place a treasure room behind a trap room.  The writer (and the referee) probably assume that the trap room must be gotten through to get to the treasure room, but the treasure room's existence isn't predicated on the trap room being experienced in the same way that a climactic show down with a villain is predicated on the players not killing him the first time they see him.  With the treasure room, the players might travel through the ethereal plane, tunnel in from above, or trigger every trap with captured baby kobolds, all ways of bypassing the trap room to one degree or another.

The final attribute of location-based adventures I want to highlight is that they provide an impartial discipline for the referee.  Once a location is crafted, it is as objective as the roll of a die.  Though a good referee will cultivate the ability to have the appropriate objectivity in other facets on the fly, locations provide a useful framework to support and encourage that attitude.  Treasure is where it was placed ahead of time.  Monsters wander by pre-determined rules or live in pre-determined rooms. Importantly, though, when and how the players encounter these pre-placed things is not pre-determined. Nothing is being forced on the players by referee malice, which supports the freedom to include things that are truly challenging, which makes for a more satisfying game overall.

By now, you can probably see the shape of what I'm outlining.  The excellent qualities of location-based adventure design can be used to design adventures that are not necessarily tied to or defined by a location.  All of these elements can be incorporated into a "situation" with only slightly more difficulty than a location: clear definition of what constitutes player engagement, separate conceptual reality with lots of points of contact for player character action, and a coherent internal logic with clear "rules" for what will happen if players do or do not interact with a feature.

Now, I have to admit to a certain debt to indie/story/whatever games here, as some materials by Ron Edwards and Vincent Baker have helped to shape this idea for me.  Ron Edwards introduced me to the concept of "relationship maps" in "The Sorcerer's Soul", and Vincent Baker has talked about related stuff a lot on his blog and crystalized it in "Fronts" and "Threats" in Apocalypse World.

Because I've been awfully vague, let's go through a quick example instead of continuing to talk in generalities.  The local chief is on his deathbed.  He has three sons and a daughter.  The oldest son has the respect of the people and the favor of his father.  He also has land to grant to loyal supporters.  The second son is shifty and crude, but he has a lot of money and a gang of thugs.  The third son doesn't even want to get involved and is kind of a wuss, but the village elders are pushing for him to be in charge so that they can easily control the chief.  The daughter knows that any of the brothers would marry her off for their own ends, but she plans on using her magic to make sure she gets what she wants.

To a degree, this is still linked to a location (the village) and the players can choose to just go somewhere else.  But even if they stay in the village, they can decide to engage this situation or not.  It's pretty clear if they engage (they take action to support one or more contender, or stage a coup of their own, or whatever).  The situation has its own separate reality.  If the players engage or not, the chief is dying and his kids are fighting over what's happening.  There are a lot of "handles" for the players to interact with - the motivations of each kid, their different sources of power, other interested parties, even the initial situation (magical healing for the chief could end the whole debate).  And it won't take too much work for the referee to decide what will happen if the players never get involved, or to react to their actions - just follow the basic motivations by means of the basic power sources.

Both the location-based and situation-based approach allow and require the referee to figure out what happens after the initial state, and I think that many writers of published adventures are afraid to do that.  Maybe they figure that customers won't get their money's worth from something that says "here's the starting situation, figure it out from here".  Striving for brevity with the Middenheim posts has really forced me to focus on trusting the referee to know what he's doing or to figure it out, and I think that's a valuable attitude to cultivate.

So, to bring it back to the WFRP inspiration we started with, what would I love to see?  The starting situation of the Enemy Within adventures, the important NPCs spelled out with clear motivations, intentions and resources, maybe maps of some important locations, and quick resolution rules or reference charts for any thing important to the adventure not covered in the main rules.  I think that would be just about perfect for some SBVD adventures, and a good starting point for designing adventures for D&D that are less dependent on the location.

*Because this entire post is talking about designing imaginary things, I'm going to use words like "reality" and "exists" when talking about made-up stuff quite a bit.  If you want to be entirely ontologically correct, feel free to append "in the fiction" or "as an imaginary construct" or what have you any time you see that
Posted by Jeff Russell