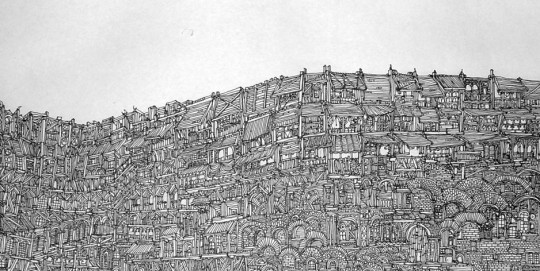 So, looking over my original proposed table of contents along with notes I developed over the course of the project, I think that I've covered everything.  I considered coming up with some rules for alley/sewer/roof crawling to include, but I think I'm good with saying use these by Logan Knight and tweak anything that doesn't fit your vision of Warhammer or Middenheim. So I want to do a brief retrospective on what I learned while doing this whole thing.

For ease of reference, here's a summary of what I stated I wanted to accomplish in the first post in this series:

Looking back, I'd say that overall I met those goals pretty well.  I'm glad that I stated them clearly up front, because the impulse to expand, embroider, provide all the details; that impulse was definitely there. Having these guiding principles worked as a sort of amulet against excess.  I'm sure I still messed up some stuff in the posts, but I'll be exercising some editorial discretion in compiling a .pdf.

Really, the only one of these goals I don't feel as great about is "Focus on interesting/weird stuff, and take it to 11".  I think a lot of the content remained pretty mundane, due to the influence of the text itself continually reasserting its somewhat tame tone whenever I referenced it.  Fortunately, when it comes time to do something like this for my own fantasy cities, the only force for mundanity is my own predilection for cliches, and I have plenty of good sources to help counter that.

Enough wishy-washy mumbo jumbo, here's some concrete lessons learned for anyone who wants to pursue a similar project:
Now the only thing left besides collecting all of the content into a .pdf is that I'd like to use the tools I've created to write an urban adventure that is not plot-happy nor a dungeon with a good excuse to be in a city.  That'll be a sort of epilogue post, probably tomorrow, but possibly later depending on how much progress I make.